If there’s one thing cartoon and LARP villains have taught me, it’s this: be prepared. What villainous thing could strike out of nowhere, at any LARP, at any time, rendering you helpless? It’s called THE LARP CRUSH. And it could happen to you. While some are immune, most people are susceptible to experiencing the LARP crush at one time or another. It can sneak up out of nowhere. It can catch you unaware. So LARPers of all stripes, you’d best…

You never know when the nefarious LARP crush feelings will strike! | Source

I’ve noticed that this occurs in stages. Not that I’ve ever had a LARP crush. Nope. Never. I’m totally not the type to have one. Moving on…here are those stages I was talking about:

1. It happens to your friend. At first, you’re not #AskingForAFriend. It actually happens to a friend. They come to you with a very important confession. In the midst of dealing with fatigue, bleed, or drop from a recent LARP, they’ve made a discovery: they have a LARP crush.

It looks like torture. You know it’s torture. For your friend, it started as a post-apoc LARP interaction when they joked about a time-traveling car, but now there are feelings. | Source

2. You laugh. You jest. You know it confidently enough to say it: “It can’t happen to me.”

And there it is, like one of those silly cartoons. Like you’ve taken a broom to the back of the head. You’re seeing stars.

Also, maybe you’ve had a good hair day. Or maybe you just live in space, like Thor. | Source

But the point is…you notice each other.

Their thoughts: I’m just walking into this LARP like the badass that I am. NBD.

“So. Have I mentioned I’m a…game designer? Want to try this totally in-game dessert I made before anyone else gets to?”

Yeah, that didn’t sound as smooth as I thought it would.

Their thoughts: “Do they have something in their eye? Maybe they’re just getting into character. Ooh. Dessert.” | Source

3. And when the game is over and you part, you say something ridiculously awkward. What were you thinking?!

“Call me!” — Like people even use phones for talking anymore. UGH. | Source

4. You have a LARP crush. And they totally friend request you on Facebook. Or Insta. Or Snapchat. Or whatever the cool LARPer kids are using nowadays.

Did that happen? Yeah, it happened. No. It totally didn’t happen. Aaaah! What event are they going to next? | Source

5. Then, you ARE #AskingForAFriend. Why? Because it’s totally happening but you’re in this stage of denial.

Me? Them? Ha! No way. That will never happen. [Insert random excuse here.] | Source

6. Crush mode. It’s happening. You’ve stayed up until 4 a.m. talking to them. In the words of Mrs. Potts, “There must be something there that wasn’t there before…”

She ships it. Don’t disappoint her. Besides, speaking of ships, you’ve already made up a ship name, and you’re shipping it, aren’t you? In AND out of character… | Source

7. You must confess. You have that BFF who’s probably also your debrief buddy. And for whatever reason, you might be a little bashful about asking after this crush. But surprise! They already ship it.

Okay, they don’t think I’m weird. They get me! | Source

8. You’re gathering intel (but not enough to be creepy, please). Are they interested in people of your gender? Polyamorous or monogamous? Who are their friends? Do they avoid posting problematic things? (You hold your breath as you scroll their feed, making sure they aren’t an overtly horrible person.) Maybe you’ve looked at your crush’s Facebook pictures a lot. Maybe your heart skips a beat when they message you, even though you’re mostly just enthusing about the past LARP or the next one you might be at together.

But in reality, you sense this is a dance. A super sexy LARP dance, because many LARPs have formal balls and this is what you’ve always wanted. | Source

Okay, hopefully you’re in the clear. They appear to be as cool as you think they are. Maybe it could be a match…but how do you know if they’re interested?

You might have a real connection. Could be super passionate and kissy like this one. Or it could be platonic. Or maybe it’s a romantic asexual kinda thing. Whatever floats your boats… or rather… your ships! | Source

I hope your LARP crush ends up working out for you and your crush in the best possible way. Have you ever had a LARP crush? How did it work out for you? Let us know in the comments!

How To Larp - Gerald 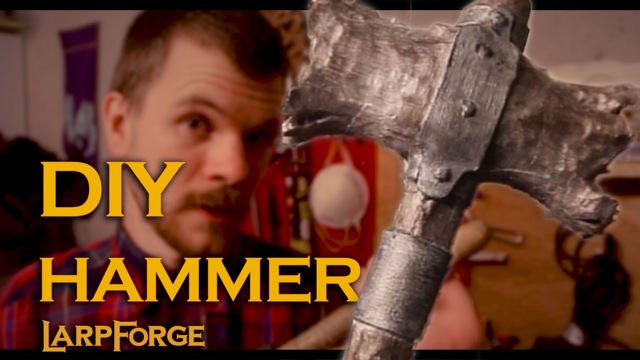