Our game is a battle larp that takes place in Warhammer Fantasy universe. We want to create an role playing event which lets You experience a truly epic adventure. Playing Battle Quest, you should prepare not only for great battles but also living, immersive world full of unexpected twists, turns and challenges!

Battle Quest is one of a kind adventure which allows participants to immerse in fantastic world full of  sorcery, magical creatures and epic battles.

It’s an action game in an area carefully prepared so you can experience and immerse in the world entirely different than the one you know. It’s a game about enmity and warfare between two powerful factions. It’s an experience full of skirmishes, battles, stealth , politics and treason – as well as exploration, monster hunts and much more. It’s an adventure full of adrenaline, challenges and epic events. 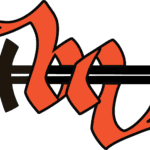