The Amtgard Duchy of Felfrost. Located in Ottawa, Ontario. Following Amtgard rulesets, Felfrost is part of the larger Amtgard community and sponsored under the Kingdom of Rising Winds. We are a non-profit organization; and playing is free.

Amtgard is a boffer combat sport, focusing heavily on physical skill without the requirement of armour. With strict safety rules, we can pad the weapon and not the player, opening up a realm of possibilities for how players want to play the game. Games run in the style of class-oriented, objective-based games; a successful model used in games such as Team Fortress and Overwatch.

Outside of direct combat; Amtgard also offers a community to learn and improve in crafts as well as explore role-play through our questing society. The majority of costumes, accessories, armour, and weapons are made by the players.

In the real world we meet at Hog’s Back Park every Sunday at 1:00pm, with an alternative field running on Wednesdays at Brewer Park across from Carleton University. Feel free to join our discussions on our public facebook group, or reach out to 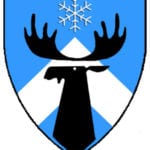