CategoriesNordic, Sci-Fi
Rating
0.0
The Greater Boston LARP Society presents a Swedish blackbox larp set in the Star Wars Universe.
Ten rebels. One prison cell. One past.
The larp is set around the time of Rogue One and A New Hope – the Death Star hasn’t been destroyed yet and the future for the galaxy seems dark. You will be playing a crew on one of the ships in the Rebel Alliance fleet. Most of you have been on this ship for more than a year. You’re a tight knit group who work well together.
During one of your missions, everything went wrong – you found yourselves surrounded by Imperial troops. You were brought to the Imperial headquarters on the planet you were on, and were sent to Kessel for labour work. The Empire wants to get rid of you. For a while, you hoped that you would get rescued, but that hope is gone.
Structure: The larp will alternate between scenes of the characters in a prison cell in the spice mines of Kessel, and flashbacks to how they got there. At the end, all the characters will die. Your characters want to solve problems and escape, but as players you know that isn’t going to work.
Physical: The larp will be played in one room, with sound effects and lighting changes to indicate changes in scenes. Players will spend some of the game in close quarters, and may need to sit or stand for a few minutes at a time. If you have any concerns, please contact us.
Note: As you play out the flashback scenes, you will learn things about the crew’s history that you didn’t know at the start of the larp, and therefore weren’t able to incorporate into your early role-play. If you don’t like that kind of dynamic, this might not be the larp for you. 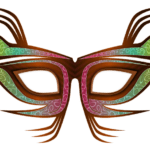