I’m part of a vampire game that is getting ready to start a new requiem chronicle. As a fairly new player, so I don’t have a ton of details. However, the story tellers keep saying we could do more with more players, so I thought I’d give this a try. Also what better time to bring people in than the beginning of a game. We have all levels of players from brand new role players to people who have been playing for decades, so anyone is welcome to join. I would love to hear from anyone who is interested. We play the second and fourth Thursdays of each month at 6:30 in Palatine. Currently we are a small group and we rent a small room in a park rec center. That being said, if you become a continuing player, there is a site fee of seven dollars per session to keep the space starting on your second game.  We really wanna see the group grow, so let’s see if this works. Hopefully we can get some new players and can have some good times. Contact me if your interested. 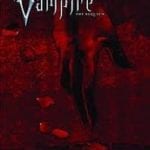