We are a boffer steampunk fantasy fusion game geared towards making the player feel epic from the start. That seems like a mouthful, but in truth, you get to be what you want to be, in whatever way you want to be. Our game mechanics use a classless system allowing any player to take any skill, provided they have the requirements. You want to throw fireballs and be good with a sword? No problem!

A Steampunk setting means a lot of things to a lot of people; to us it means you can dress in a lot of cool ways, and we can mix our fantasy stories with an Old West feel or Victorian zombie hunting stories. A broad scope is allowed for any given character to be unique.

The game usually takes place at beautiful Camp Ginger Cascades in Lenior, NC. We have electricity in all cabins, heaters are provided during the winter, showers, and a kitchen in each camp area. You can bring your own food, or buy in on meals (check the Facebook event for details).

One thousand years ago, the beings now considered myth vanished. Technology has grown, and the world has shrunk as travel has expanded beyond foot and hoof. A strangely glowing blue stone mined from the earth serves as the primary power source. It can be used to move an airship, power machinery, or even make a simple sword into a mechanical wonder. Each nation has an ever-growing demand for more.

To aid in this, the Faith—the largest landowner in the Empire—has for the first time in over 500 years opened up some of it’s land to be mined: the Dragon’s Spine Mountains. The main base for mining is the town of Jacob’s Spire. It is close to Hadrian’s Wall, a great wall separating the Empire from the Ill’Andar Nation. Recently the town has been plagued by strange creatures and events the likes of which have not been seen in a millenium. 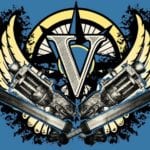