August 15-17 at Patuxent Park in southern Maryland, hundreds of foam fighters collected for 4 days of fighting, roleplaying, drinking, and fun. The 4-day-long event, Bellum Aeternus, the second of its kind and run by the Maryland-based game Darkon, drew a healthy 350 fighters over its course.

Thursday evening kicked off with local comedian Violet Grey performing a special set for the larp crowd. This soon devolved into an in-character party held at the barn by the unit Kindred. There was drinking for those of age, and gambling in the upstairs of the barn to get everyone ready for the next few days. Meanwhile, another of Darkon’s countries, Nurgle, began their adventure with Gods and their disciples wandering with them through the party happily.

Friday started the adventure and event in earnest. At 1pm, things finally opened to all of the players. Hera, Dionysus, and their disciples attempted to collect followers for a battle royale at the end of the day. Included in the adventure was a full fighting module, bell traps, a scavenger hunt, and plenty of NPCs to wreak havoc on anyone and everyone.

Friday night Tommy Sinbazo headlined the ‘Drink till We’re Funny’ Tour in the barn. This was followed by Darkon’s entertainment guild, Myrmidon Entertainment offering up a Casino in the downstairs of the barn. You could find the games you already know like Poker or Blackjack, as well as Darkon specific games like ‘Keystone’ or ‘Poison Roulette’. All were available to play in-character with Darkon’s minted currency.

Saturday’s events were far more geared towards the massive field fighting. Sir Halcon set up a number of bridge battles, which participants fought back and forth across for several hours. Kick the Can, Capture the Flag and several other battle scenarios were bandied about over the course of the day before the fighting wound down for the evening. For those who had preregistered, a full feast was presented. The barn was taken over by Satyrs serving wine after participants had gotten their food and found a seat.

Between all of the fighting, over 30 vendors were available and selling their wares. Everything from Annapolis’s local Zu Coffee with food and drink to Killer Threads with their period garb. There were mead sets, jewelry galore, leather pouches and armor, period hair braiding, and vendors such as Badass Garb, Deidre’s Designs, St. Bastard Designs, and so many more.

It was definitely a step up from last year’s day event, and the addition of a Darkon adventure definitely added flair for both returning players, and those new to Darkon’s unique culture.

How To Larp - Meet Dale The Scoundrel 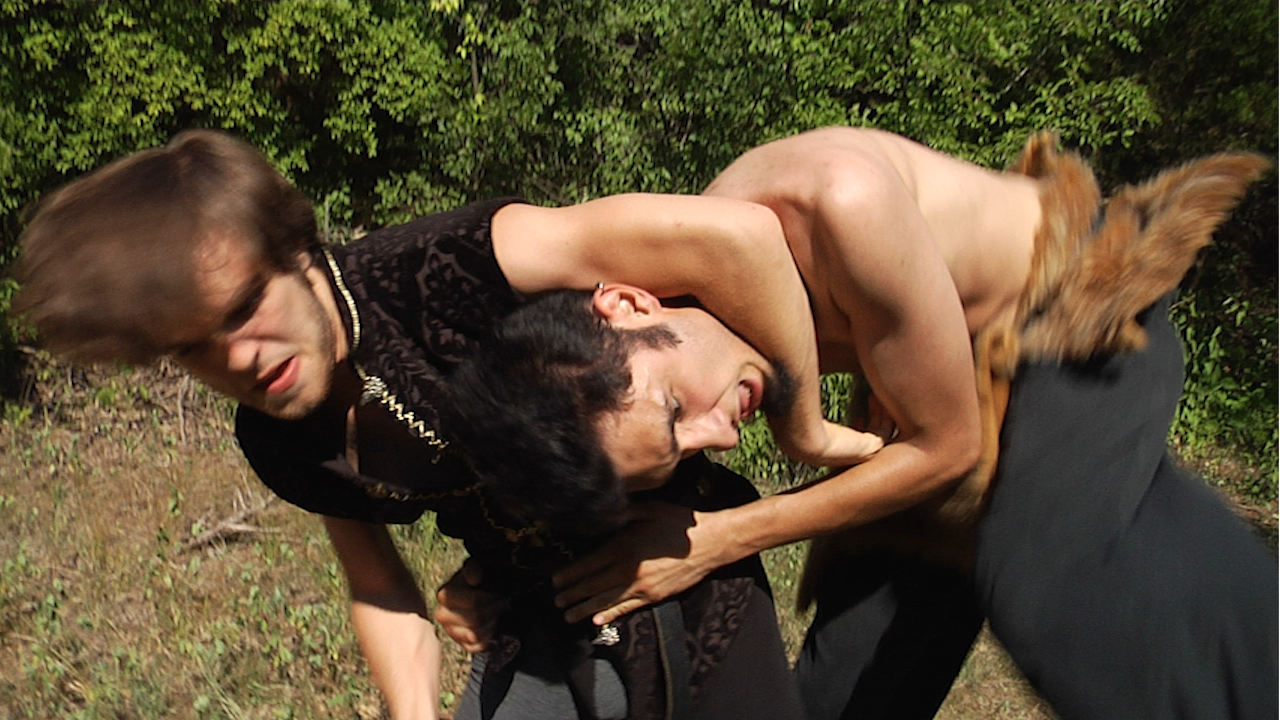