Game of Thrones is absolutely everywhere these days. Whether you love it, like it, despise it or simply haven’t seen it you need to know that this show is wildly popular and has given rise to a renewed interest in the fantasy genre. The show is raw, filled with action, intrigue and the outstanding characteristic of the show is the development of the characters, not the action. That’s how good it is. The show is based on a series of books titled “A Song of Fire and Ice” by George R.R. Martin. The first novel is titled “A Game of Thrones”. Wikipedia delivers on a summary of the show,

Set in the Seven Kingdoms of Westeros, Game of Thrones chronicles the violent dynastic struggles among the kingdom’s noble families for control of the Iron Throne; as the series opens, additional threats from the snow and ice covered region north of Westeros and from the eastern continent across a narrow sea are simultaneously beginning to rise.

What does this have to do with larping? Everything. For every Larper there was some entry gate or some influence that introduced them to the fantastic. Maybe it was a novel, a movie or a game for you. Whatever it was, something stirred your imagination. Fast-forward some period of time and now you spend your weekend dressing up, battling orcs and dreaming of glory. Ok, maybe not dreaming of glory, but you do spend your time in a fantasy environment that is completely fabricated. Game of Thrones is exactly the type of thing that gets people interested and and moving towards larping.

Now the truth is that you will probably see more people dressing up as a Game of Throne’s character at your local Con than you will see new people come out larping because they watched Game of Throne’s. But, occasionally a love of Larp and a love of Game of Throne’s will overlap. This is indeed what happened to the members of Underworld Larp at the Toronto International Film Festival. They had the opportunity to put on a small Game of Thrones larp outside of the theater and check out some really cool artifacts. Check out the video below.

What were some “entry gates” for you on your journey towards larping? What do you think are some of the barriers still keeping people from getting into it?

Just In Time For Love (Without Love I Am Larping) 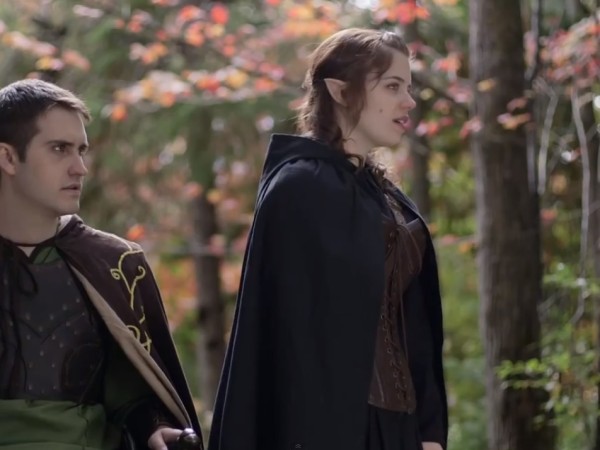