In 2012 I was deployed to Afghanistan in support of OEF. It was perhaps one of the strangest and most demanding things that I have ever done with my life. It isolated me far beyond anything that I would have considered possible. It also gave me a lot of time to think about what I was going to do when I got the hell out of that place. Finding things to look forward to kept me sane.

In that time I thought about events I was going to be able to go to, and the people I missed seeing. When I thought of events, I started thinking about my gear, and how I have been relying on garb that I had made out of bargain bin cloth two to three seasons ago when I was hard up for cash and feeling uncreative. I looked to some of the deployment cash I had saved up and started looking for some people to help me out so that I might be something impressive when I returned to the realms of nerd-dom.

Jesse Lagers and I had met at the last event I went to before deploying to Afghanistan. It was a Pirate Event in Oregon. When I started asking around about good garb, I was directed to him through a mutual friend of ours. I said I wanted good garb that would allow me to dress to impress. Jesse was excited to oblige.

Since my time knowing him, we got closer. I learned of an exciting opportunity that was given to him: he will be featured in the SyFy channel’s new show “Heroes of Cosplay”, which premieres on Tuesday, August 13th, at 10:30 / 9:30 c.

Jesse discovered his love for costuming and props as a young boy when he found himself continually dressing up long after the end of the Halloween Season. A self-described “geek through-and-through” he collects his influences from science-fiction and Medieval romantic-era graphic novels, movies, and other media. Star Wars, being Jesse’s favorite influence, has shown him how integral costume and prop designs are to the success and popularity of feature films.

An Oregon-bred pirate, Jesse currently lives with his girlfriend and three pet rats in Portland, OR. Jesse works as a systems administrator for a software company during the day. However, he has a side business, Midnight Armor, where he builds custom costumes and props for cosplay, eventing, and LARP. His style exemplifies his passion for authenticity within the costume design industry. He is known for his ability to distress costuming towards heightened realism, beyond the depth of other designers using dirt, grime, and muck to create truly authentic veteran battle armor. He isn’t just a designer, but a practitioner as a storm trooper with the 501st Legion: Vader’s Fist: a national organization of “Star Wars” enthusiasts who celebrate the series’ mythology and perform community fundraising, charity work, and acts of volunteerism. Jesse hopes that his costuming work will move towards full-time sustainability.

After abducting him from his compound in the Alps, I was allowed to ask him some questions:

Ben Dieck: How do you feel about the recent surge in interest in your work, noting that it is long overdue and well deserved?
Jesse Lagers: I feel it’s a complete honor that I was picked for this show. I hope it helps show my work to the public and it’s received well. It is always good to see all of your hard work has gone to levels like this.

Ben: Where do you draw the inspiration for your costumes from? Do you have some sort of prophetic vision and it formulates itself out of vapor and myst? Did aliens implant them in your brain holes?
Jesse: I’m pretty sure it’s fueled by madness and a life of way too many movies taken far too seriously. Secretly hoping for the apocalypse to hit just so I won’t look so out of place all the time. Lack of sleep due to an over active imagination… yeah. It’s a cycle.

Ben: Your technical ability shows a tremendous ease of working with materials. I am intimidated by your mastery. What is the hardest thing about costuming for you?
Jesse: The hardest part about any costume is determining when it is “finished” (in a ‘I can now be seen in public in it’ way). I like to constantly try new ways of making things, so new methods are a tad bit maddening. I like to have multiple projects going at once, so I don’t get stuck on something.

Ben: How do you start your creative process once you have an idea?
Jesse: Costume ideas will hit me at the most random and worst of times. I can’t count how many cocktail napkins have been turned into sketch pads and later into fully working costumes.

Ben: Are there any mistakes others make when attempting to make an eye-catching design? Has my bejeweled evening-wear really outlived its usefulness?
Jesse: I have this new term I love to use for steampunk costumes. I see a lot of really nice work out there, that’s often cluttered by too much non useful junk. I like to refer to it as steampunk barnacles, lecherous parts of metal bits attached to a costume at random and serve no purpose. Don’t get me wrong, a lot of stuff on your mechanical arm looks great, just make sure it looks like it should be there.

Ben: So you are saying that you build outfits, not costumes, and that difference is what people should strive for?
Jesse: (Don’t be dumb reprobate!)

Ben: How did you end up doing this SyFy Special? How many bodies pave the road to your success?
Jesse: Luck of the draw I suppose. I was in the right place at the right time in the right outfit. (read as: killed lots of people and water boarded those I needed to).

Ben: Looking at your competition, they have some desirable attributes you lack… Femininity for one. How has gender effected your position within the cosplay community?
Jesse: Typically male cosplayers are overlooked in social media. You see lots of them on the con floor and during the competitions. However, it’s the gals that make all the social media buzz. I hope I am helping to change that.

Ben: Is there a next step beyond the show, or does this leave, merely, world domination?
Jesse: Isn’t that what we all really want? Tonight, Pinky, the lab; tomorrow, the WORLD!

Ben: What else do you have to tell your millions of screaming fans that are trying to break down your door? How about those that wish to obtain the Jesse Lager’s level of excellence?
Jesse: Stay tuned to our facebook and twitosphere feeds! We have some crazy stuff coming up. Maybe even some Vlogs and how-tos!

Heroes of Cosplay will air on the SyFy channel on August 13th at 9:30 c.
Jesse, I am sorry for giving your bonnie lass that sharpie. 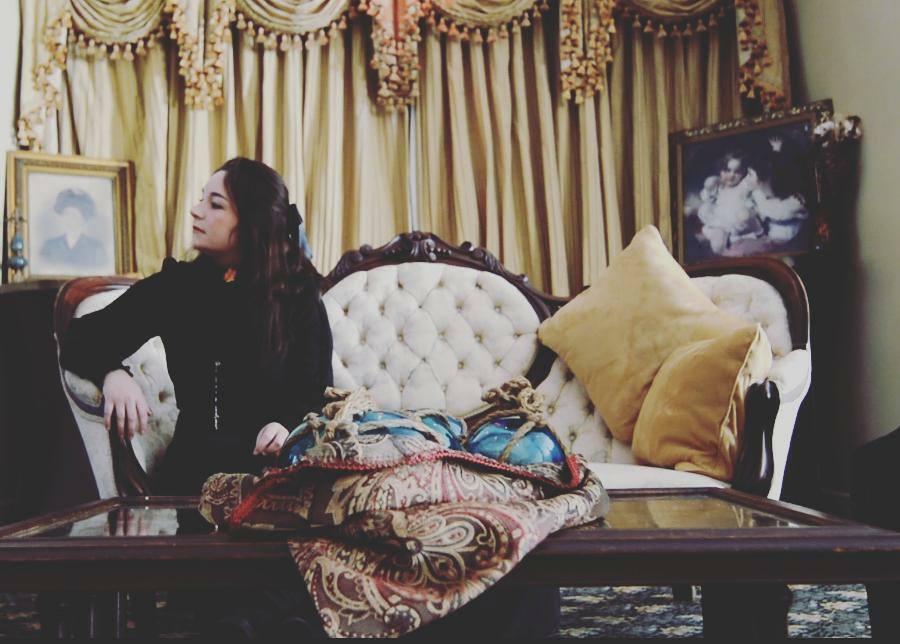 How To Larp - Meet Dale The Scoundrel

How To Larp - Meet Kimmie