Interview with David Miller: Director, Producer and Star of Larry the Larper

Last week we introduced you to Larry the Larper an ongoing web-series following the combat-filled adventures of a young man named Larry making his first foray into larping. Today we have the distinct pleasure of bringing you some insight into what happens behind the scenes of the show. David Miller, the Director, Producer and Star behind Larry the Larper took a few minutes to answer some questions we had for him. Feel free to ask any follow up questions in the comments and he will answer as they come in.

Give us a little bio on who you are, etc.

David: My name is David Miller and I am a film student at the University of Kansas. I also study stage combat for film and theater with the Society of American Fight Directors in addition to studying fights and stunts for film with the United Stuntmens Association.

Give us an overview of the show for those who haven’t seen it?

David: The show follows Larry and his friends he meets along the way. Larry starts out playing a table top role playing game (we try not to specify anything for copyright reasons and so forth) but then discovers he can bring his fantasy to reality by larping! Along the way he assembles a group people from different walks of life. All of whom find reality to be not quite as fun as the fantasy world they discover.

What is your involvement in larp outside of the show? Where do you larp, etc.?

David: I am not directly involved in any real larping, though I do want to try it. I have friends who do it but I have never been able to go and take part myself. However, I do work at many different Renaissance Festivals doing fight shows and dressing up in period accurate (mostly) clothing. I also have training as a classical fencer. My weapons of choice are saber, rapier, and broadsword. Oh I almost forgot, I love to play DND so this was a fun project to let my inner geek out.

What is your inspiration for the show? (a particular character, cultural caricature, etc.)

David: I got the inspiration for the show while talking with some friends. I am always looking for an excuse to make a good fight scene, and I love comedies. Larry the Larper was a natural fit. The idea really grew from a joke someone made about larping. I met with my writer and we hashed out the first draft of the script. Larry the Larper was born!

Have you ever done any other productions like this?

David: This is my first web series, and it is also my biggest project. We jumped into this totally unprepared. Luckily I already had the camera gear, the swords and costumes. If I wouldn’t have had the equipment we would have never gotten episode 1 or 2 completed. The hardest part was getting actors and crew. This is a totally non profit series, so I have had to rely on the help of friends. Scheduling is really tough when no one is getting payed. Everyone gave it their best though and we made something fun that other people have come to enjoy a little. I’m happy with what we have so far, but we will definitely be learning from our shortcomings and doing a better job with the new episodes.

What is your favorite scene from the show thus far?

David: That’s a tough one. I can’t choose one so I have to separate this out between the fantasy scenes and the reality scenes. My favorite reality scene is the opening of Episode 1. I love the interaction between all the DND players and how wacky some of them are. I know you guys don’t know about any of this yet but the stuff we are doing with them in future episodes is really hilarious and that makes this an important scene. My favorite fantasy scene is the fight with Brian the Barbarian. I really loved choreographing that scene, and I’m really pleased with the way it came out. It was tough to shoot, however. There was some complicated stuff in the fight, but the actors did a good job and I love the result.

What are some of the challenges working all the roles for the show you do?

David: As I said I am the creator the Director, the Fight choreographer, the Editor and the actor for Larry. It is really stressful at times, I’m the one who started it and no one is getting payed so I have to motivate everyone to come help. We also have no producer at the moment so that job by default usually falls to me. Scheduling is a nightmare. We work with student schedules and work schedules, meaning no one is ever available at the same time. That’s why episodes take so long to be completed. I’m definitely getting support though. I have people who have helped and are doing a good job keeping the production moving. My writer and Co-Creator John Bond is awesome. He writes all the dialog and helps me iron out the story arc. Without him the show would be a total disaster. I am terrible at writing dialog! And my Director of Photography is equally as awesome, he is very talented, and we are lucky to have him.

What are some of the technical challenges?

David: The technical production is fairly simple. In the last episode we had a bit of special effects but nothing too fancy. The biggest technical problem would probably be lighting. Since we mostly shoot outside we are very weather reliant. We do not have enough money to get expensive outdoor lighting equipment and generators.

What are some ways the community could help you make the show, if any?

David: The best way the community can help is by watching the show and tell your friends about it. What we really need now is exposure. Also we have worked very hard to try and keep the show as far removed from real larping rules as we can. We don’t want to offend any larpers or bore any non larpers in the audience with a million rule. However, I would like to hear from the community on what they think of the show. Is it offensive? Is it funny? We need feedback.

What’s next for Larry?

without saying too much, the next episode is awesome! Larry has to face a foe from his past and everything gets turned around when the new villain appears. We have a cool new twist to the story that should reveal itself over the next few episodes, and we will meet a new member of the team soon.

David: Thank you so much for your interest and I hope you enjoy the show. 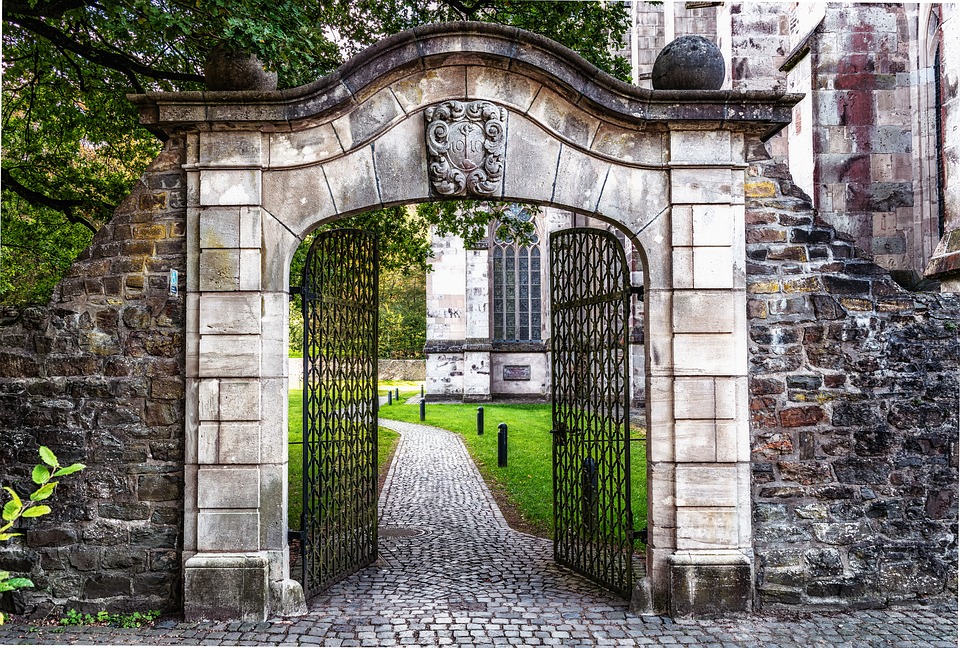